The 80W Nextone Stage is the latest evolutionary step in amp technology. Boss have developed a unique design featuring 4 built-in Tube Logic power amps, offering a whopping selection of UK and US tones at the touch of a button!

Boss Nextone vs Valve Amps & it’s your turn to wear the blindfold! 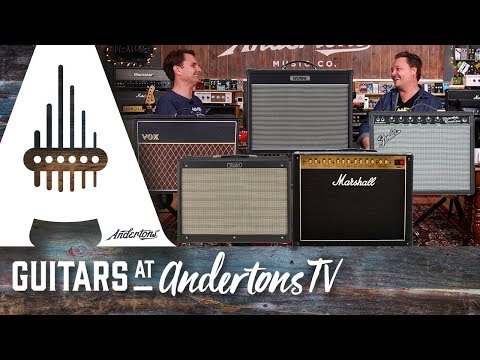 What are Boss Nextone Amps?

Boss Nextone amps are a revolutionary take on the classic guitar amp. These incredible amps have got 4 completely separate analogue class A/B power amps that you can choose between when dialling in your tone! This isn’t modelling; there are 4 power amps built-in that you can interchange at the flick of a switch – and the feeling under your fingers changes accordingly!

The different power amp types available are distinctly British and American due to the Tube Logic technology that Boss are famous for. These analogue power amps emulate their tube amp counterparts:

6V6 – Found in many American-style clean amps and is known for its distinctly sweet, crisp tone and organic compression. 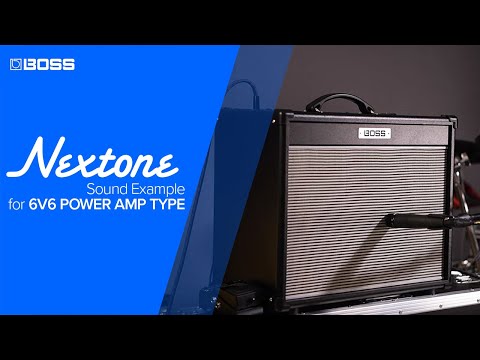 6L6 – Normally found in some higher gain style American amps with plenty of headroom and a round, punchy mid-range kick! 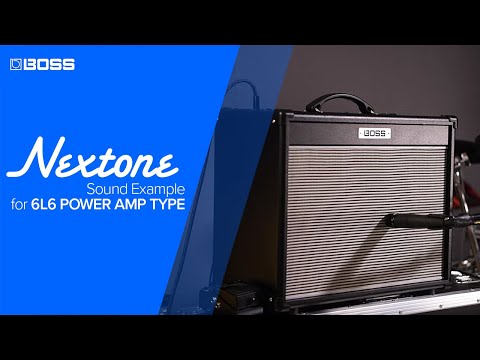 EL84 – Famously found in amps with a top boost, the EL84s offer glassy, clean chime at lower volumes and fatter, saturated tones when cranked up. 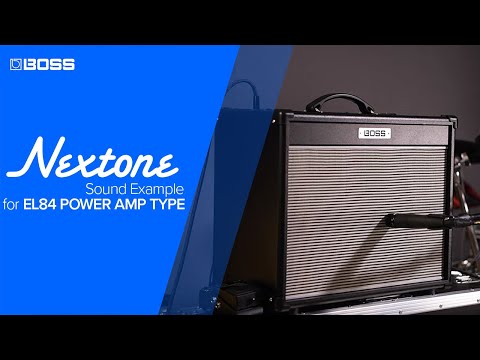 EL34 – The tubes found in our favourite black and gold British amps. Loved for its fat, warm tones and heard in countless rock records throughout the years. 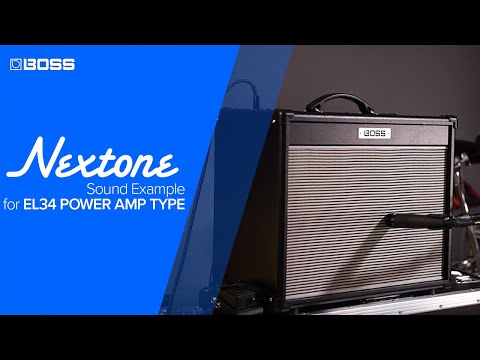 Because the power amps are all class A/B, the volume response is similar to their tube equivalent. So a 40W Nextone is similar to a 40W tube amp. If you want less volume for home use, the engineers at Boss have included attenuation which allows you to drop the wattage from Max to half to 0.5W! This is great for recording or playing at home.

Power Control: For cranked-up sound and response at reduced volumes from 0.5 to half to full power. This isn’t just a volume control, it alters the feel too.

Effects - Reverb, Delay and Tremolo are on board alongside an external FX loop which is foot switchable. These are then customisable via the editor

Headphones / Recording Outputs, plus the option for an external cab. Line out gives you three “Air Feel options,” Mic’d cab

What can you do with the Editor and Custom mode?

Essentially, you can act as your own amp tech and dial in the exact amp tones you want to get out of the Boss Nextone.

You can control the amount of Tube SAG and Bias which will affect headroom and how the speaker distorts with different guitars. For example, Humbuckers push the front end of an amp harder due to more signal and you might want less SAG.

You can have a different power amp per channel! Think 6V6 for cleans and EL34 for lead tones. This is all instantly recallable giving you tons of options at your fingertips to hone in on that exact sound in your head!

The Nextone amps have got a few effects on-board but not a plethora of multi-effects like you’d have on the BOSS Katana range. Instead, you’ve got a nice selection of Delay, Reverb, Trem and Boost to get you those classic tones.

It goes without saying that the Nextone amps take pedals beautifully due to their high headroom!